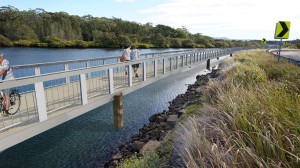 A community consultation meeting by Council’s consultants on the Minnamurra River Boardwalk project, Cardno, did not satisfy the concerns of opponents to the overwater section of the track and revealed total project costs are likely to be even higher.

Council’s extraordinary meeting on 26 March will consider endorsing the Review of Environmental Factors (REF) for the project.

As reported in our last issue, the estimated cost of the project has blown out from $4.5 million (obtained in a grant from the State Government) to $9.5 million. Design and assessment work so far by Cardno is in the region of $600,000.

If the REF are not endorsed, changes to the law will mean a full Environmental Impact Study (EIS) will be required, at a cost estimated by Cardno at another $600,000.

As General Manager Kerry McMurray pointed out at the meeting, “At this stage Council has not resolved to put any money into this project.

“I would be surprised if Council would commit $5 million to the project. We simply don’t have it.”

The community consultation meeting was held to answer questions about the REF for Stage 2 of the proposed boardwalk, the northern portion which includes an overwater section.

This latest REF considers the project in its entirety, by including an updated version of plans for Stage 1. For example, the initial assessment that 66 trees may need to be removed to build Stage 1, has been revised to 56.

At the meeting, Cardno explained its methodology and defended the REF’s conclusion that the Boardwalk will be unlikely to have a significant impact on the surrounding environment. The Acting Director of Engineering & Works, Darren Brady, was also on the panel and the General Manager Kerry McMurray was on hand to clarify Council’s position.

In responding to questions about why REFs were used instead of a full Environmental Impact Study (EIS), Cardno representatives explained the ‘significant impact triggers’ required for an EIS were not there.

The audience were reminded that REFs do not require public consultation, but Council choose to involve the community in the process.

The environmental reasons behind choosing an over-the-water route for Stage 2, include:

The proposal to place Stage 2 along the riverbank instead was rejected when selecting a preferred route, as it would involve the likely destruction of 1,000m2 of protected mangroves and damage to seagrass beds.

“The constraints have narrowed down our options,” said the project’s manager, James Olsen.

The REF has been done at the 35 per cent detailed design milestone, and considers a worst case scenario.

The meeting heard that although the plans indicate where parking could be, these costs do not include any amount for the design or construction of car parks for users, as it is not within the scope of the project.

The Acting Director, Mr Brady, said that Council would need to monitor the traffic and usage of the boardwalk over an extended period before it could assess the on-going need for extra parking.

“Some people think it will be a new Seacliff Bridge, but we need to see how many people it attracts in reality before we build infrastructure,” he said.

As a ballpark figure, he said each car space would cost $3000 to construct.

The Friends of the Minnamurra River (FOMR) also contend that Cardno has significantly underestimated the cost of necessary repairs to a 240 metre rock retaining wall near the jetty at $100,000.

They have had an assessment done by a geotechnical engineer that considers a more structural solution is called for than shoring the wall up with more rock, and he estimates the work to fix the wall will cost $1 million.

“Not only that, neither Council nor Cardno has told the people of Kiama about the environmental destruction that the repairs to this retaining wall are going to cause,” says FOMR’s Will Chyra.

“If the Cardno engineering solution is followed, the advice to FOMR is that it will destroy one of the largest remaining seagrass beds in the Minnamurra River estuary. These are highly protected and it is illegal to destroy or harm them or their habitats.

“The Department of Fisheries and the Office of Environment and Heritage should be enforcing their protective environmental legislation at this time, but they are nowhere to be seen – even in an election campaign.”

As part of the REF process, the State Department of Primary Industries, Roads and Maritime Service and the Office of Environment and Heritage need to sign off on the report. 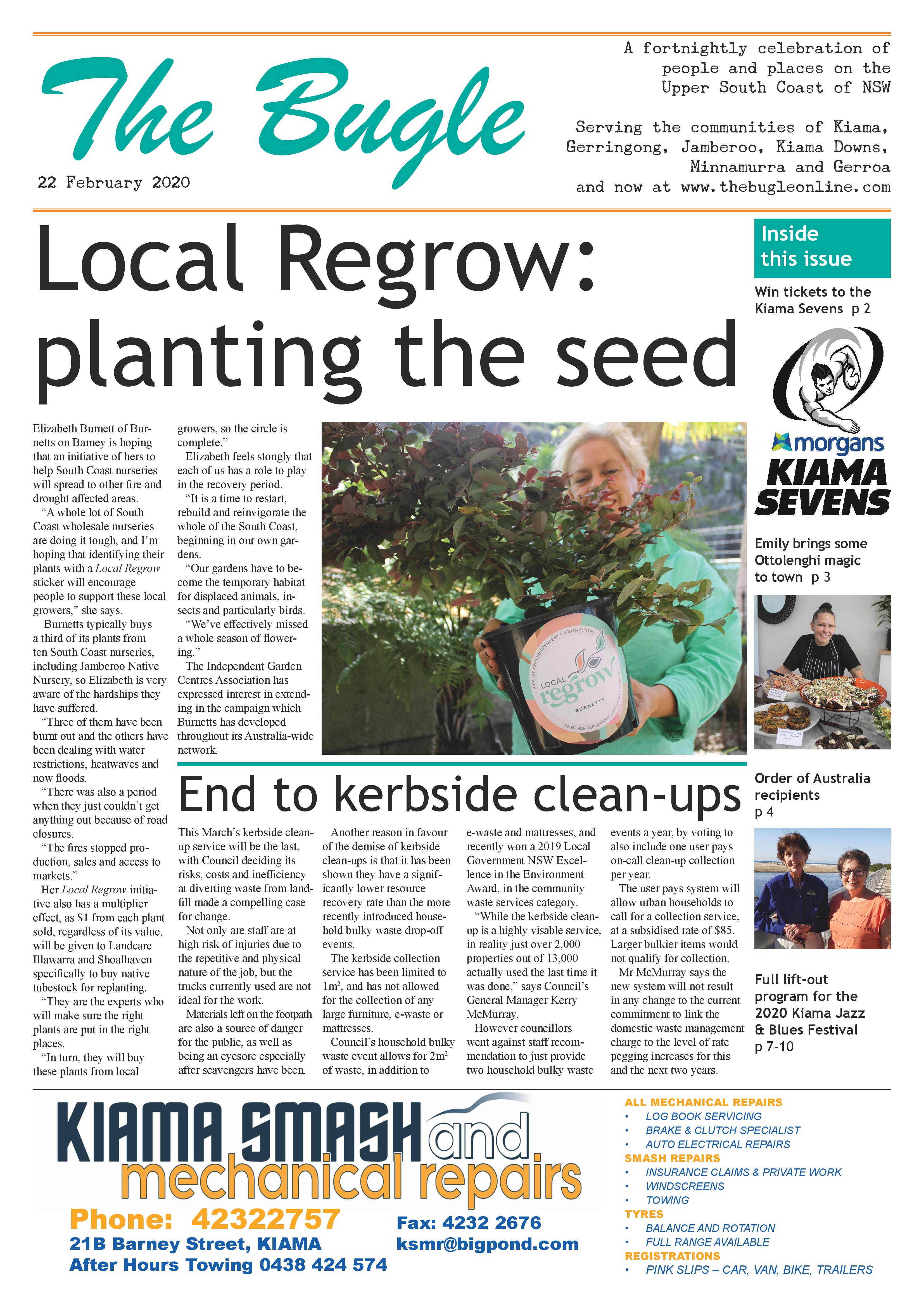