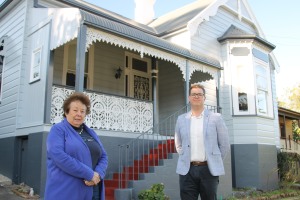 Kiama Council is working closely with the Kiama & District Historical Society to identify houses and other built structures that should be considered for heritage protection in the Local Environment Plan (LEP).

The information gathered together will inform consultants who are being appointed by the end of the month to conduct a formal Heritage Review of central Kiama.

While the recent demolition of 47 Thomson St has drawn community attention to the issue, the timing and funding for this Heritage Review springs from the Town Centre Study, endorsed last year.

“We want to capture properties with heritage significance, such as Thomson St, and give them protection as quickly as possible,” says Council’s Strategic Planner, Ed Paterson.

“The community has said in a number of different forums, including the development of the Kiama Local Strategic Planning Statement (LSPS), that heritage is really important to our character and we need to get everything squared away to protect it.”

The last Heritage Review was conducted in 2007, in the lead up to the development of the 2011 LEP.

“We are focusing on the items that were recommended for listing, but for one reason or other weren’t when they went before Council,” says Mr Paterson. 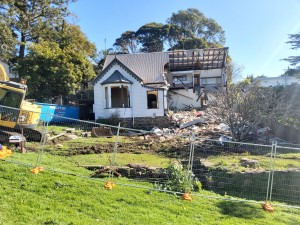 47 Thompson was one of these.

“It is not uncommon for heritage listings to be a controversial thing,” says Mr Paterson.

“Ultimately it is up to the councillors to decide which properties should be listed.”

Speed is of the essence, given that unless properties are listed in the LEP, or governed by an interim heritage order, there is nothing stopping a private certifier issuing a complying development certificate for their demolition.

No DA needs to have been lodged for this to happen.

At least 20 properties have already been identified by Council and the Society as being worthy of more consideration for listing.

“Some people are worried that a listing will devalue their property, but it doesn’t,” says the Historical Society’s President, Sue Eggins.

“Often houses with history are the most sought after, as they give a connection to the area.”

Information collected by the Society for its 2017 exhibition, A Closer Look: Lost and Found Treasures of Kiama, has proved a valuable resource.

The Study will be completed by the end of the year, with recommendations for listing going before Council, but Mr Paterson says there may be the need for buildings to gain protection before then.

“Where we feel confident that there is heritage significance and the building is at threat, we will issue interim heritage orders to safeguard them.”

These last for six months, with protection extended to cover the period needed to amend the LEP to include the new listing if Council resolves to do so.

Mr Paterson is keen for anyone in the community that has information on particular properties – photos, family information, dates, receipts or other evidence of heritage value – to contact him or the Society.

“This is the sort of evidence we need to provide justification for listing properties.”

The consultants will also be tasked with collecting the evidence needed to support the creation of a Civic Precinct Heritage Conservation Area.

The zone will encompass the harbour end of Manning Street and the civic buildings on Terralong Street.

It will join Kiama’s only other Heritage Conservation Area, the newly created one in Pheasant Point.

“The consultants will be developing a Development Control Plan that will work for this civic precinct to give good outcomes,” says Mr Paterson.

While the LSPS looks to protect heritage items across the Municipality, this Heritage Review will be restricted to central Kiama.

At the July Council Meeting, following the demolition of 47 Thomson St, Councillor Rice requested a report on Council’s current activity towards protecting heritage buildings and an indication of how this is being budgeted for on an ongoing basis.