The Chair of the new Tourism Advisory Committee, Councillor Matt Brown, says he is delighted with the calibre of the people who nominated to join the new body. 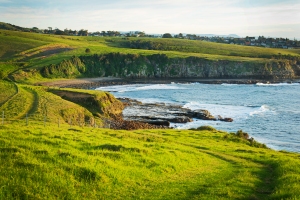 “All were worthy candidates, however what we have with the five members we have chosen is a balance of age, geography and the industries they work in,”
he says.

“Having the Committee established is a big step towards this exciting new era of tourism for the Kiama Municipality.”

The inaugural members of the Committee are locals with a wide variety of experience:

Councillor Brown is keen to harness the enthusiasm and experience of other people involved in the industry, including those who applied to be considered for the Committee.

“I hope to hold brainstorming sessions at least four times a year to get everyone together.

“Concern has been expressed by some operators that they didn’t feel a part of the decision making process and the direction of marketing Kiama. I want to address that by having regular fully inclusive meetings open to everybody.”

He says the first issue for the Committee to get involved with is choosing the new Manager Tourism & Events (or the Tourism Boss as he likes to call the position.) Applications close 28 May, and there has already been strong interest, not just by locals but by people wanting to move to the area.

“We need somebody who is going to be a leader, not an administrator,” he says. “The Committee will be there to support and advise.”

With the winding up of Kiama Tourism confirmed at an Extraordinary Meeting on 17 May, work can proceed to transition to the new Council-owned structure. This will include the purchase of intellectual property and other assets.

“If we can generate new demand through events, we as locals will have better product offerings for ourselves,” he says.

“I have a vision of a mini-Noosa. Something that is alive and vibrant all the time.”