While a date is yet to be set, Kiama Council has taken up the suggestion from local residents and is planning a community event to mark the end of an era at Kiama Hospital.

The event will take place sometime after formal title for the hospital site is transferred to the Council. This is expected to happen by the end of this month.

“We want as many people as possible to come along to mark the occasion of its closing,” says Julie Stokes,  Secretary of the Kiama Hospital Auxiliary. 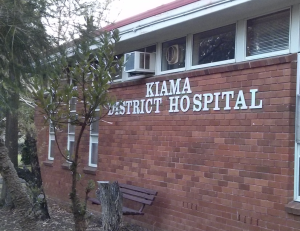 “Many people have sentimental connections with the Hospital. They’ve had their children, been nursed back to health or have said goodbye to loved ones there.

“We are keen to get as many people as possible along to have one last wander through the building before it is demolished to make way for the new aged care facility.”

While the Hospital’s remaining beds were transferred to Shellharbour Hospital’s Kiama Ward (located at Shellharbour Private) mid last year, the other services offered in the building are in the process of being transferred to the new building, awkwardly named the Kiama Integrated Primary and Community Health Centre.

Julie Stokes says the Auxiliary is interested in hearing from people who have photos or memorabilia of the Hospital, which was opened in 1930.

“We would also love to have former staff attend the event to honour their contribution, so if anyone knows someone please get in touch with us.”

It is hoped the event will be a fundraiser for the Auxiliary, which is dedicating its efforts towards supporting the new Kiama Ward.

Details: Anyone with something they would like to share on the occasion, or who has contact details of former staff, is encouraged to get in touch with June Powell on 4233 1394