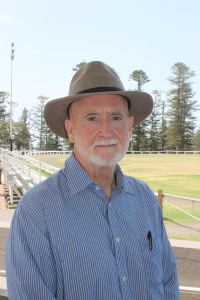 A fortnight after the Kiama Show Society canceled the 2020 Show, despite the ensuing rain and easing of the fire threat, its President Neil McLaren is confident the Committee made the right decision.

“There is so much work that people don’t see in the lead up to show, both by exhibitors and our volunteers,” he says.

“The stress and anxiety on people was enormous, and we didn’t want to add to that.

“Everyone had bigger issues to deal with, and we had to acknowledge that.”

It wasn’t just conditions in our immediate area that needed to be considered.

The availability of judges from other regions became problematic, the horses of an entertainer from Tumbarumba were injured in a fire, and smoke and heat had interferred with the preparation of horses.

“Livestock exhibitors need at least a month or two to choose their beasts and put the time and attention into preparing them for judging,” says Neil.

“They just hadn’t had the time to focus on it.”

He says it was important to make the call when they did, to save more wasted effort.

“We have hundreds of volunteers who would be gearing into action as they do every year.

“Many work throughout the year to organise Kiama’s biggest community event, and they needed time to wind things down.”

The Show has been canceled 13 times before, most recently during WWII.

“In a way, missing out on the Show this year has energised people, and I am confident it will come back bigger and better than ever,” says Neil.

“It has always been a reflection of what the Kiama community produces, both on the land and in their homes.”

The competitions where Kiama Show is a pathway to the Sydney Royal – the Show Girl, the rich fruit cake, woolen garment and the quilting – will still be judged to go through to the Zone competition.

Looking to next year, the time frame rule for some Pavilion sections, that they need to be made within the year, will be extended in 2021 to allow work that has been prepared for this year’s Show to be exhibited.

While Albion Park and Berry Shows have also been canceled, the Kiama Show Society will be doing all it can to help the success of the Nowra and Kangaroo Valley Shows.

“They are family,” says Neil.