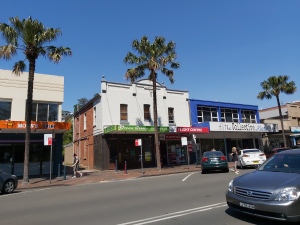 Kiama Council is in negotiations to buy 98 Terralong Street, a property adjoining its existing strategic holding in the Kiama CBD.

The 504m2 site is to the east of its Mitre 10 holding (currently the Kiama Collective), and provides laneway access to its Akuna Street site. It would add to the 4961m2 already consolidated by Council, and increase the frontage onto Terralong Street by more than ten metres.

“Having that sized street frontage will enable us to do a redevelopment that is appropriate for the facade of Terralong street, and provide an inspiration for the other landholders in the street,” says Mayor Mark Honey.

The November Council meeting authorised the Mayor and General Manager to sign and seal all associated documentation for the acquisition, once a price was negotiated up to the maximum identified in a valuation. At time of writing, this had not yet happened.

At the Kiama & District Business Chamber’s Mayoral Breakfast (before this initiative was made public in the Minutes of the closed session of the November Council Meeting), Council’s General Manager Kerry McMurray was asked about what was happening with the Akuna site.

He said that its future was dependent on whether or not a second supermarket had to be located on the site.

“We are waiting on an outcome of the DA to expand Kiama Village to include an ALDI before Council is in a position to go ahead with the Akuna Street process.

“The DA is currently in with staff, and is likely to be determined within the next six months.”