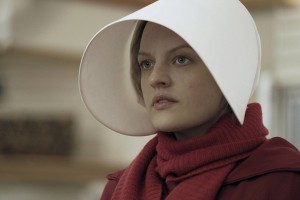 Elizabeth Moss as June in The Handmaid’s Tale

Did you spot Elizabeth Moss when she was in town?

The leading actress, and producer, of A Hand-maid’s Tale and star of Mad Men, Elizabeth Moss is hot property in the acting world.

She has been in town filming a remake of The Invisible Man for Universal Pictures.

Australian Leigh Whannell is the writer and director of the movie, which is inspired by the HG Wells’ story.

Ms Moss stayed at the Sebel while she was in Kiama, and the filming was done at two properties on Mt Pleasant.