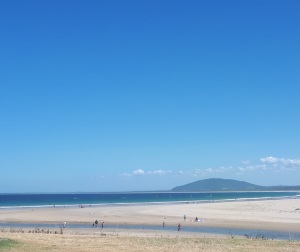 Zone A on Seven Mile Beach at Gerroa

Kiama councillors have banned the operation of surf schools in Zone A on Seven Mile Beach between August and February (as well as the Easter holiday period).

The ban between August and February is to protect the nesting areas of the endangered Pied Oystercatcher.

Amongst other things, it was also decided to merge Zones B and C, creating one zone south of Track 6; and prohibit parking around the vicinity of Ricketts Reserve by surf schools. Access to Zone A is now only allowed via tracks 3 to 7.

The conditions come into effect in three months, to allow time for changes to the way the schools are classified by the LEP .

Once this happens, the surf schools will be governed by a licence under a new Plan of Management, expected to include the DA conditions.

As reported in our 9 March edition, the issue of the use of Zone A has arisen since Rusty Moran’s Gerringong Surf School began using the previously unutilised area to the south of the river mouth.

Roy Schmidt, President of the Gerroa Community Association says, “We were disappointed that Zone A was not completely abolished. However, we accept this outcome as a compromise vote by councillors.

“It is a vote for common sense which sees Zone A mostly returned to the general public and mostly free of commercial activity.”

Rusty Moran of Gerringong Surf School believes the councillors inadvertently did not understand the impact of the conditions.

“I’m happy the majority of Councillors supported the continued use of Zone A and the DAs were approved.

“However because of the busy weekend of the election, most of the councillors didn’t have time to take in the nuances of the draft DA conditions buried in amongst a thousand pages in the business papers.

“So the many constraining conditions that make the operation of a surf school in Zone A unrealistic were overlooked, such as having to park at track 3 amongst the long boarders, then walking back 600m to the edge of the River.”

He is hopeful of holding meetings with the other beach user groups to work out how his surf school can work in harmony with them.