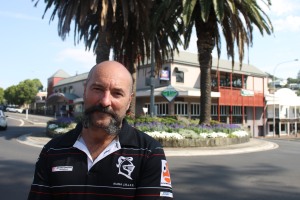 Steve Willis, President of the Kiama Leagues Club Board

After months of due diligence, the directors of Kiama Bowling & Recreation Club have decided that Kiama Leagues Club is its best merger option.

At time of writing, a Memo of Understanding between the two clubs, detailing the mutual commitments and the future structure of the merged entity, is being finalised for approval by the members of both clubs.

“It has taken a lot of hard work to get to this point,” says Kiama Bowlo Director Peter Wallace.

“Members will have the final say on our future, but we are confident that the Leagues Club is the best partner for our club.

“The members entrusted us to investigate the possibilities on their behalf, much of which had to be done on a confidential basis.

“Our recommendation is based on facts, not emotion, and it is what we believe is in the best interests of the Club.”

In a notice to members, the Bowling Club Directors said, “The submissions from all six clubs involved had merit and were presented and discussed in a professional manner.

Once the Memo of Understanding is finalised, the document will be made available to the members of both clubs for a minimum of 21 days before general meetings are held to approve the deal.

The merger will require approval from the members of both clubs to proceed.

Until the Memo is released, no details are available of the terms of the merger.

Given so many residents are members of one or both of the clubs, The Bugle will outline the agreement in our next issue, and advertise the dates of the meetings.