Kiama’s annual folk festival is on this month at Kiama Showground, from September 21-23. With 45 acts and 100 performances over three days, there will be plenty to choose from. To help you navigate the festival program, Festival publicity officer Nick Hartgerink gives us his top five acts for the weekend:

You don’t have to be a ‘folkie’ to know the music of the legendary British folk band Steeleye Span.

They were a top international touring band from the 1970s to well into this century. Ken Nicol spent eight years playing, recording and touring with Steeleye Span as well as 15 years with another acclaimed British folk band Albion.

He will be collaborating with Melbourne-based Scottish singer Fiona Ross at Folk By The Sea with three performances throughout the festival, as well as doing a solo show.

olden Guitars are testimony to his song-writing, singing and sheer ability to entertain. He is one of the festival’s headline acts with shows on both Friday and Saturday night.

The Kelpies play on both Friday and Saturday night, as well as a 10.30am spot on Saturday morning.

The Maggies play at 10.15pm on both Friday and a Saturday nights, at what seems the perfect time-slot for their high-voltage act.

Perhaps their show on Saturday afternoon at 1.15pm will show the band’s mellower side (but I kind of hope not). 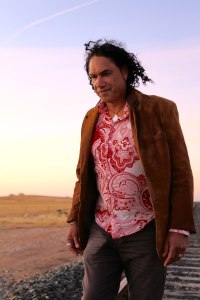 He has played with Buddy Miller, Tex Perkins, Kev Carmody and Michelle Shocked, among others. Glenn plays guitar, mandolin, banjo and harmonica, and has toured extensively in Australia and internationally. He will perform on Friday night and Saturday afternoon.

Details: The full program and tickets for Friday and Saturday are on sale now on the festival website www.folkbythesea.com.au or by calling 1300 887034. Earlybird tickets available until 19 September.

Sunday’s program at the Kiama Pavilion and Kiama Bowling Club is free.