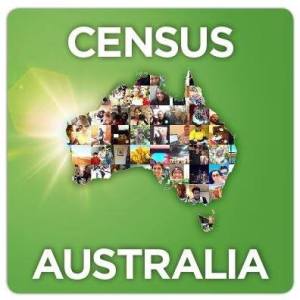 Despite its shakey start, the results are now in for Australia’s 2016 Census.

The details obtained from our population of 21,464 people (51% female) show our median age to be 47, much higher than Australia’s and NSW’s figure of 38 years.

This comes about because 23.5% of us are sixty five or over, compared to the national figure of 15.8%.

By contrast, the median age of the 397 people in our community identifying as Aboriginal and/or Torres Strait Islander is 25.

The higher median age throughout the community is reflected in the fact that 46.2% of us own our houses outright, much higher than the Australian figure of 31%. 19% of us rent, compared to 31.8% throughout NSW.

The average number of people per household is 2.5.

Not only were 79.5% born in Australia, 62.8% of us have two Australian born parents, predominantly from an Anglo-Celtic background. In comparison, 37% of people in NSW have two overseas born parents.

Median weekly household family income of $1509 is $69 higher than the Australian figure.

26.6% of us did volunteer work of some sort during the year, higher than the national average of 19%.

For those concerned about the number of cars in residential areas, there is the figure that 62.4% of households had two or more cars.