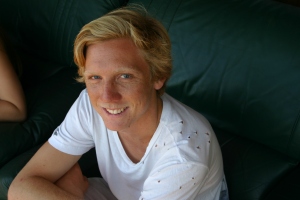 The world surfing community has rallied around Brett since he miraculously survived a shark attack at Bombo earlier in the year.

“It’s great to see an event of this calibre head to the region for the next two years. Things like this are great eye-opening experiences for our younger members to see and experience. Hopefully it’ll be something that all promising South Coast surfers will strive towards in the future.

“Having the assistance of a respected local like Brett will ensure surfers get the best conditions possible and allow the area to be showcased as the idyllic region it is.”

The world’s best junior surfers will be heading to Kiama, NSW for the World Surf League’s World Junior Championships soon.  Over 400 people are involved with the event, with many more expected as spectators.

The competition will kick off its ten day event window from 4 January, with five or six full days of good surf needed. This means the Title could be won by 10 January, or not start for a few days after the 4th.

It will be Brett’s role as Surf Director to decide whether the conditions are right for competition.

The Championships will see the world’s best surfers 18 years and under compete for the prestigious World Junior Title. The prize money pool for the men’s competition is US$100,000, with US$50,000 for the women’s.

All of the competition will be held at Bombo Beach, rather than being mobile according to the conditions as first envisaged. Kiama Mayor Mark Honey says the Championships were shaping up to be a huge event for the region.

The event will be live on www.WorldSurfLeague.com, and focus the surfing world’s eyes on Kiama.