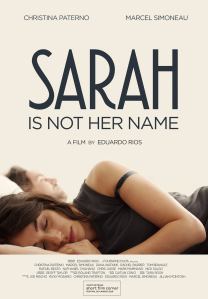 As the news rolls in of the glamour of this year’s Cannes Film Festival, spare a thought for how exciting it must be for one of our own to be invited there as her acting career takes off.

A film starring Kiama’s Christina Paterno has had the honour of being chosen as one of the few out of 4000 to be shown in Short Film Corner, the Festival’s new talent incubator. She describes it as a cross between a festival and a marketplace.

The 15 minute crowd funded film, Sarah, Is Not Her Name, is the story of how a couple’s path is changed forever when they are forced to confront the baggage that lives silently between them.

Her parents, Lee and George Paterno of Centrepoint Pizza, and brother Paul, of Licked Gelato, are very proud of her.

“It was her dream since she was a little girl to be an actress, and her dreams are coming true,” says Lee. “We are so excited for her. It is the first time anyone in our family has made a career in the theatre.”

Twenty-five year old Christina, who now lives in New York, has recently graduated from the Lee Strasberg Theatre and Film Institute after studying at the Institute of Music and NIDA in Sydney. She is an all-round performer, singing and dancing as well as acting, and has just been granted a three year working visa.

She told The Bugle from Cannes, “Being in the thick this industry atmosphere and showing our film at this professional standard is completely mind blowing.”